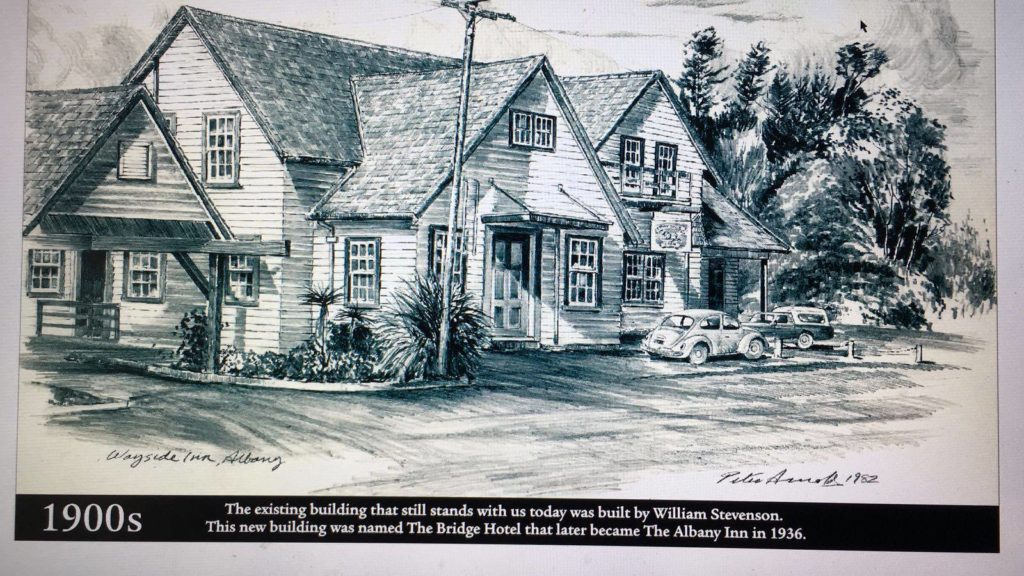 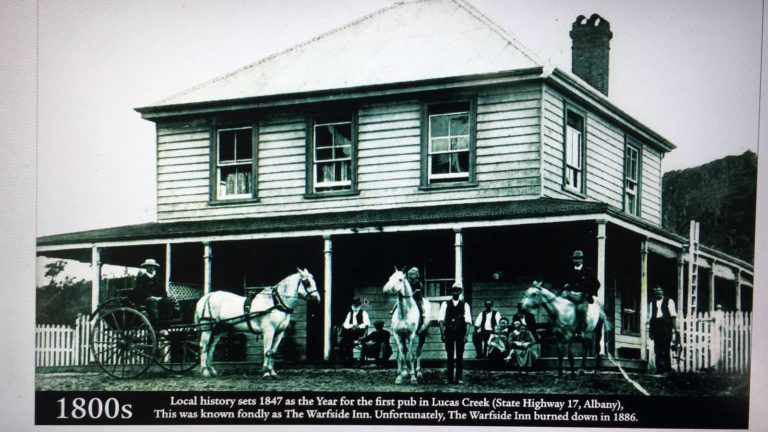 Local history sets 1847 as the year for the first pub in Lucas creek. It was called the Warfside Inn. It burned down in 1886; the same year that the first pub was built on what is now the site of The Albany. Albany was called Lucas Creek until 1891. It was named after Daniel Lucas, a whaler who’d come ashore and set up a flax mill here in 1840.

The Albany was built in 1936 so is actually quite young in architecture years. It was rebuilt following a fire and a decision was to redevelop and build a hotel with accommodation. One hopes that it will, in future years, continue to be looked after as well as it is today for it represents that generation of good old Kiwi pubs that will succeed the pioneer classics of the nineteenth century.